WHAT IS IT? The national power grid

An increase in severe weather events, attacks on power stations and the push for green energy are all highlighting the importance of a resilient national power grid.

Historic weather events, cyberattacks and even physical assaults on power stations have raised concerns about the vulnerability of the nation’s electric grid.

But what exactly is the grid and how resilient is it against threats of all kinds?

The grid is made up of power generators — such as dams, coal plants or wind turbines — and more than five million miles of power lines carrying electricity all over the country, according to the vice president of integrated grid and energy systems at EPRI, a nonprofit research and development institute.

“All of that is working together to make sure that when you flip that switch on in your house, the light comes on just then,” Daniel Brooks said. “So it’s pretty complicated.”

Overall, the grid is “extremely reliable,” he said. But with more of the U.S. electrified than at any other point in history, the grid also faces more threats.

“We’ve seen an increasing number of what folks would call a one-in-100-year type of event,” Brooks told G3 Box News.

Extreme weather events like record-breaking wildfires in California, hurricanes and powerful winter storms have become larger considerations for grid planners, Brooks said. But weather is not the only concern.

WHAT IS IT? THE NATIONAL POWER GRID:

“There are bad guys out there that would like to be able to leverage vulnerabilities that they could find with cyber or maybe physical security,” Brooks said.

Gunfire erupted this week at a substation in Randolph County, North Carolina. While it did not cause any outages, it comes less than two months after more than 40,000 electric customers in North Carolina were left in the dark after someone shot at two substations.

On Christmas morning, vandals struck four substations in Washington, knocking out power to about 15,000 customers. Pundits and activists soon speculated whether the increase in attacks on power stations could be the work of “right-wing extremists.”

The motive in both North Carolina cases remains unknown and no one has been arrested. But the men now charged with attacking the substations in Washington allegedly planned to commit a burglary while the power was out.

“Those aren’t the normal events that we actually design and operate the grid through,” Brooks said.

But grid planners “really want to avoid any type of event that could result in a long duration outage,” which could threaten peoples’ health and safety, he added.

Transmission towers have become increasingly hardened against winds, he said. Some power lines are designed so that if a tree limb falls across them, the lines drop away from the pole rather than dragging down the entire pole which would take much longer to fix.

“Part of resiliency is making sure that we don’t get those long duration outages by putting in systems that allow us to be able to recover quickly,” he said.

The North American power grid is composed of three main interconnections. One grid covers the Western U.S. and Canada, another covers most of Texas and the third encompasses the Eastern portion of the continent.
(Ramiro Vargas/G3 Box News Digital)

The national power grid is actually made up of three loosely-connected regions. That’s good news when it comes to resiliency because it means if there’s a serious problem in the Western interconnection, the Eastern U.S. should be fine, Brooks said.

“An issue that starts to happen and hopefully would never actually cascade into a complete blackout, that wouldn’t go beyond those individual grids,” he said.

A diverse array of power sources is also key to grid resiliency, Brooks said. Solar power might perform well during the day, but the benefits vanish when the sun does, so other resources such as nuclear, gas or coal might pick up the slack.

“The key is making sure you understand how all of those perform in the context of those needs of the system,” he said. “Resiliency, affordability, reliability, sustainability.”

Shortly after taking office, President Biden committed to making the American economy “net-zero” by 2050. The administration paused new oil and natural gas leases on public lands, among other actions aimed at promoting “green” energy sources. A recent report from an energy watchdog found some utility companies have retired existing fossil fuel power generation before sufficient alternatives were in place, which could result in supply shortfalls.

The ambitious decarbonization goals change the way energy experts plan for the future.

The electric sector currently serves about 20% of the nation’s energy needs, but expert Daniel Brooks says that figure will likely rise to 40-60% by 2050 in order to meet President Biden’s decarbonization goals.
(iStock)

“Our models basically show that in order to make that happen, the most economic pathways are for the electric grid to be used to help decarbonize the other energy sectors,” Brooks said.

The electric sector currently fills about 20% of U.S. energy needs, but models show that figure rising as high as 60% by 2050 in order to meet the Biden administration’s goals, Brooks said. That means electrifying transportation, industry, commercial operations and homes.

“The grid is going to only be increasingly important as we go forward,” Brooks said. “We’ll have to all continue to work together, to innovate, to invest to make sure that we have those resources that are available for the grid to provide for us as we need.” 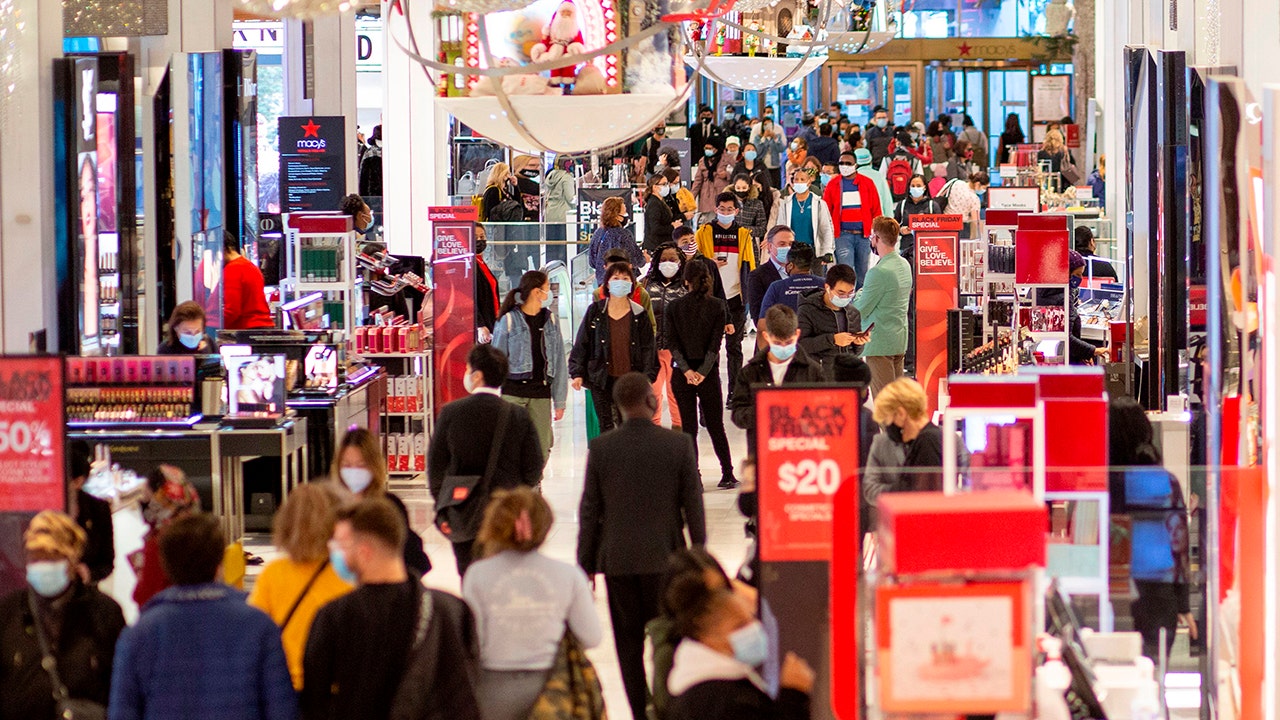 Congress readies monster spending bill, but Americans say they can’t afford as many presents this Christmas