It’s been a trying year for the Green Bay Packers as the team sits at 4-8 on the season, losing seven of their past eight games.

It didn’t get any better on Sunday against the Philadelphia Eagles, with quarterback Aaron Rodgers forced to exit the game late in the third quarter after injuring his ribs.

Aaron Rodgers #12 of the Green Bay Packers is sacked by Brandon Graham #55 of the Philadelphia Eagles during the third quarter at Lincoln Financial Field on November 27, 2022 in Philadelphia, Pennsylvania.
(Mitchell Leff/Getty Images)

Rodgers said after the loss that he had trouble breathing and rotating his upper body, and was concerned that he may have punctured a lung.

With Green Bay’s playoff chances diminishing each week, there’s some speculation around the idea of Rodgers sitting out as his injuries continue to mount.

But the four-time MVP, who is also dealing with a broken thumb, plans on playing Sunday against the Chicago Bears.

“I got good news with the scans yesterday. So, I plan on playing this week.”

Fletcher Cox #91 of the Philadelphia Eagles sacks Aaron Rodgers #12 of the Green Bay Packers during the second quarter at Lincoln Financial Field on November 27, 2022 in Philadelphia, Pennsylvania.
(Mitchell Leff/Getty Images)

Rodgers detailed the injury, saying he was in “considerable pain” before heading to the locker room.

“There was an earlier shot in the game that kind of rattled the ribcage,” Rodgers said Tuesday. “And I was trying to stretch some things out at halftime a little bit and realized it probably wasn’t some kind of muscle injury. And I got hit again in the third quarter and was having a hard time breathing.”

Jordan Love — backup quarterback and former first-round draft pick — filled in for Rodgers the rest of the way, throwing a touchdown pass on nine attempts.

Aaron Rodgers #12 of the Green Bay Packers looks to pass the ball against the Philadelphia Eagles at Lincoln Financial Field on November 27, 2022 in Philadelphia, Pennsylvania.
(Mitchell Leff/Getty Images)

“I’m not shocked that he went out there and played well and had great poise. We see this on a daily basis. People might not necessarily agree with that, but I see it every day,” Packers head coach Matt LaFleur said of Love.

Rodgers is 23-5 against the Bears in his career. 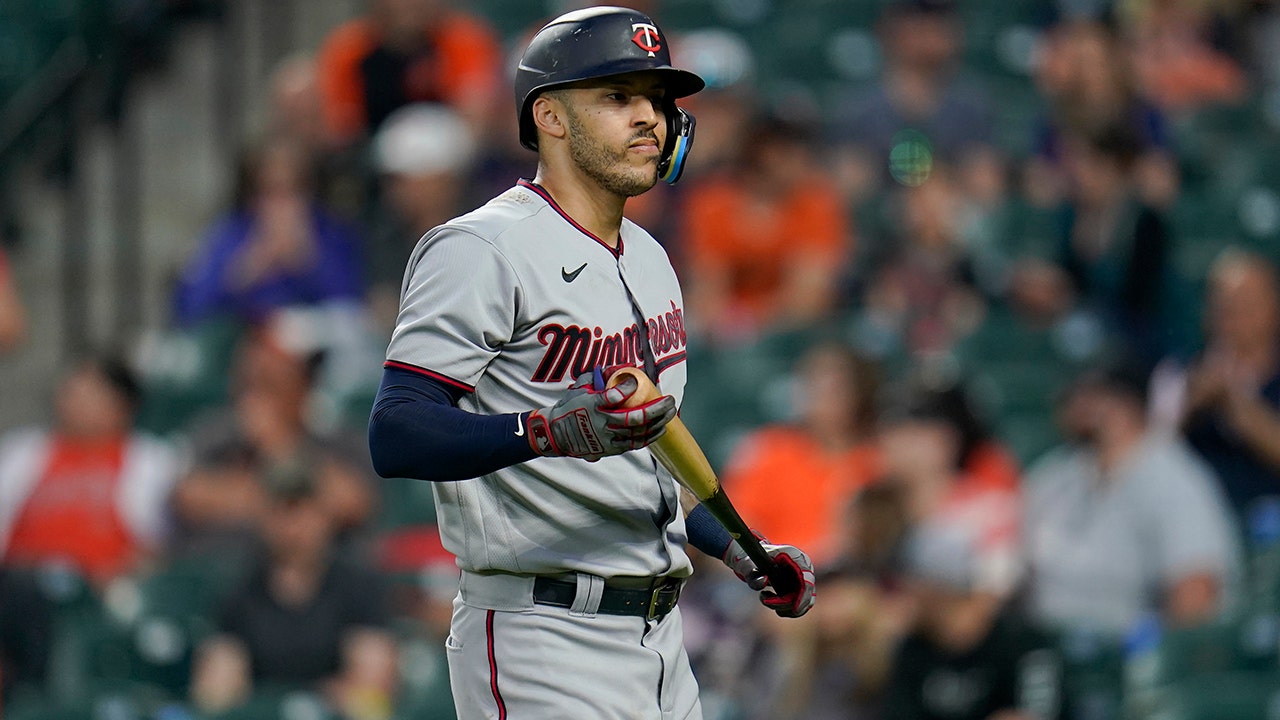 All-Star Carlos Correa not willing to restructure contract with Mets amid concerns over physical: report 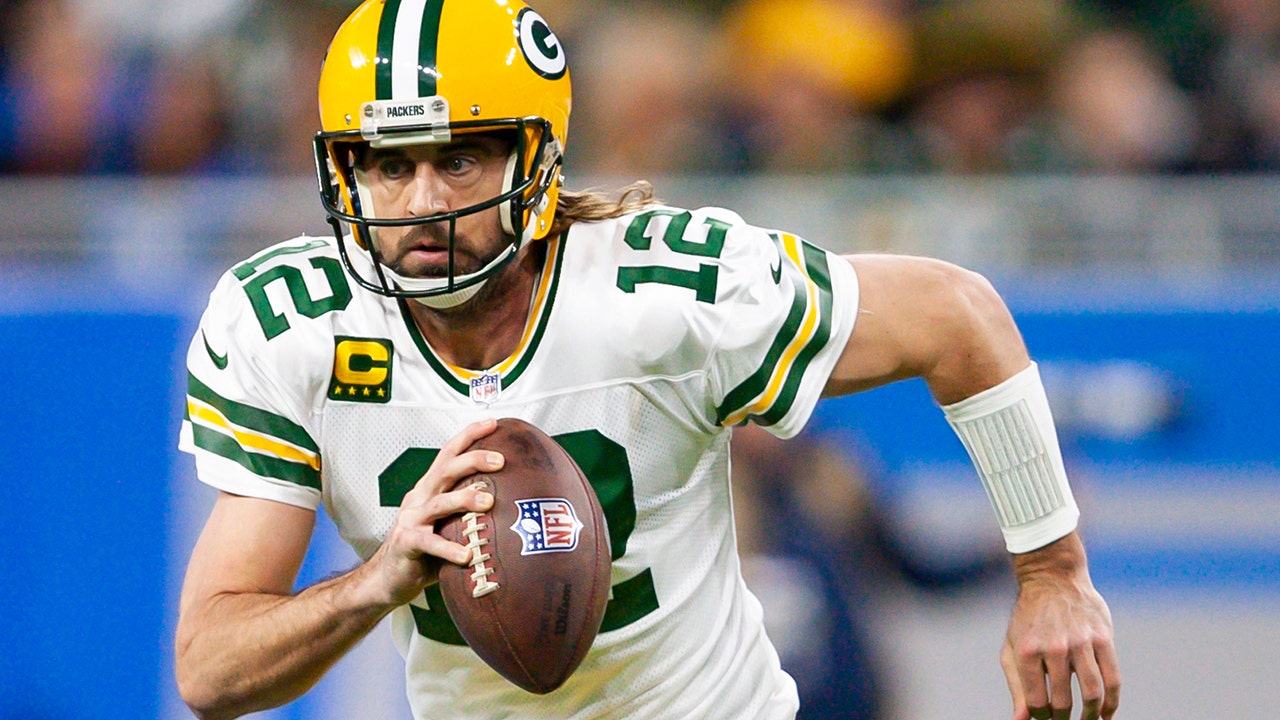 How much does Aaron Rodgers make? Here are the quarterback’s career statistics