In 1985, college-age Kevin Owen McCarthy sold sandwiches inside his uncle’s yogurt shop there. McCarthy, over the years, has spoken about it as the place where he opened his first small business, “Kevin O’s Deli,” an experience that made him value entrepreneurship and abhor regulations imposed on small businesses.

McCarthy is now a long way from his sandwich shop days, in the top House job, after being elected to the chamber in 2006. As House speaker, he is second in the line of presidential succession, behind Vice President Kamala Harris. And the powerful political perch is shining a light on McCarthy’s hometown of Bakersfield.

The city of nearly 408,000 people is the anchor of California’s new 20th Congressional District, which covers much of the southern and southeastern part of the state’s Central Valley. With Democrats holding 40 seats in California’s House delegation to 12 for Republicans, McCarthy’s 20th District is the most GOP-leaning district in California, according to the 2022 Cook Partisan Voting Index.

Bakersfield has long been a conservative outpost in liberal California. Nodding pump jacks are visible across the vast, brown landscape of the Kern River Oil Field. Many locals proudly claim their descent from “Okies” fleeing the Dust Bowl in Oklahoma and neighboring states. And Bakersfield’s residual conservative politics lead to jokes about it being the “Texas of California.”

Although Bakersfield is only a two-hour drive from Beverly Hills, California, and a couple of hours more northwest in the other direction to Silicon Valley, the regions of California couldn’t be more different from those glitzy locales, said Republican consultant Cathy Abernathy, a longtime aide to former Rep. Bill Thomas (R-CA). She hired McCarthy as an intern for Thomas’s Bakersfield office in 1987, a political association with the congressman who would set McCarthy, who turns 58 on Jan. 26, on his long road to the House speakership.

Abernathy, now a Republican political consultant in Bakersfield, described to the Washington Examiner the Central Valley’s crucial role in growing produce and exporting it around the United States and abroad.

In Los Angeles and San Francisco, California’s major population bases, Abernathy mused, “They don’t make stuff. They don’t depend on water and mineral rights for their living. They depend on tourism.”

Even local Democrats concede it’s kind of cool that the House speaker represents their hometown.

“Gavin Newsom is our governor, Nancy Pelosi has been speaker, but Kevin McCarthy is our congressman in our backyard,” Kern County Democratic Committee Chairman Christian Romo told the Washington Examiner, comparing how different the conservative Bakersfield area is from liberal San Francisco, the home of the current Democratic governor and the most recent Democratic House speaker.

McCarthy in Bakersfield is a quintessential local-boy-made-good. Yet among his House Republican colleagues, McCarthy didn’t have the easiest time ascending to the speakership.

As Republicans held a narrow 222-213 majority in the House, one group within the party opposed to McCarthy led a historic fight as he sought the top House position. After five days of votes, the congressman agreed to several demands critics say would impair his power as speaker. In the end, though, McCarthy won in the early hours of Jan. 7.

Back home in Bakersfield, McCarthy’s sandwich shop is long gone. He sold the business after applying to become a summer intern with Thomas. McCarthy rose to become a top Thomas staff member, staying in the congressman’s employ for 15 years. During that period, Thomas emerged as a Republican policy leader. For six years after House Republicans won the majority in 1994, Thomas chaired the Committee on House Administration. He then capped his career as chairman of the powerful House Ways and Means Committee, helping shepherd President George W. Bush’s tax and trade proposals into law.

McCarthy struck out on his own in elected office, first as a community college trustee and then as a member of the state Assembly in Sacramento, where the backslapping lawmaker rose to minority leader within a year of taking office. When Thomas retired in the 2006 election cycle, McCarthy practically rolled into his seat and has held it with ease ever since.

These days, Bakersfield residents are excited to have their local congressman as House speaker, although they lament the looming partisan fights in Washington between the new House Republican majority on one side and President Joe Biden and the Democratic-majority Senate on the other.

At the strip mall where McCarthy’s sandwich outlet once operated, in a part of a town that’s now heavily Hispanic, small businesses include the Peruvian food joint Pollos A La Brasa, Los Hermanos Market, Ricardo’s Barber Shop, and a Salvadoran restaurant, Su Casita.

Margarita Banuelos, after shopping at Los Hermanos, said having McCarthy as House speaker is a source of hometown pride. “L.A. and San Francisco usually get most of the attention in California. I’m glad Bakersfield is in the spotlight,” she told the Washington Examiner.

Banuelos, a political independent who said she had nonetheless voted for McCarthy in his House races over the years, added that she hopes legislative deals can be worked out on Capitol Hill without too much acrimony — a low probability, she said.

Nearby, Laura Chavez, a restaurant patron, said McCarthy’s rise shows one doesn’t have to come from wealth and privilege to become a top government official.

“I was excited to see he’s in that position,” Chavez told the Washington Examiner.

Not all Bakersfield residents are so pleased with McCarthy’s rise to the top of the House, however — including Thomas, his former mentor and predecessor in the House representing the region.

“Kevin basically is whatever you want him to be. He lies. He’ll change the lie if necessary. How can anyone trust his word?” Thomas recently told the New Yorker.

Thomas had previously criticized McCarthy in the immediate aftermath of the Jan. 6 riot at the U.S. Capitol, arguing McCarthy’s ambitions for a future leadership role had caused him to hold back the criticism he should have leveled at former President Donald Trump.

How to remove your location from photos

Be ready for anything with the battery-powered Ecoflow DELTA generator 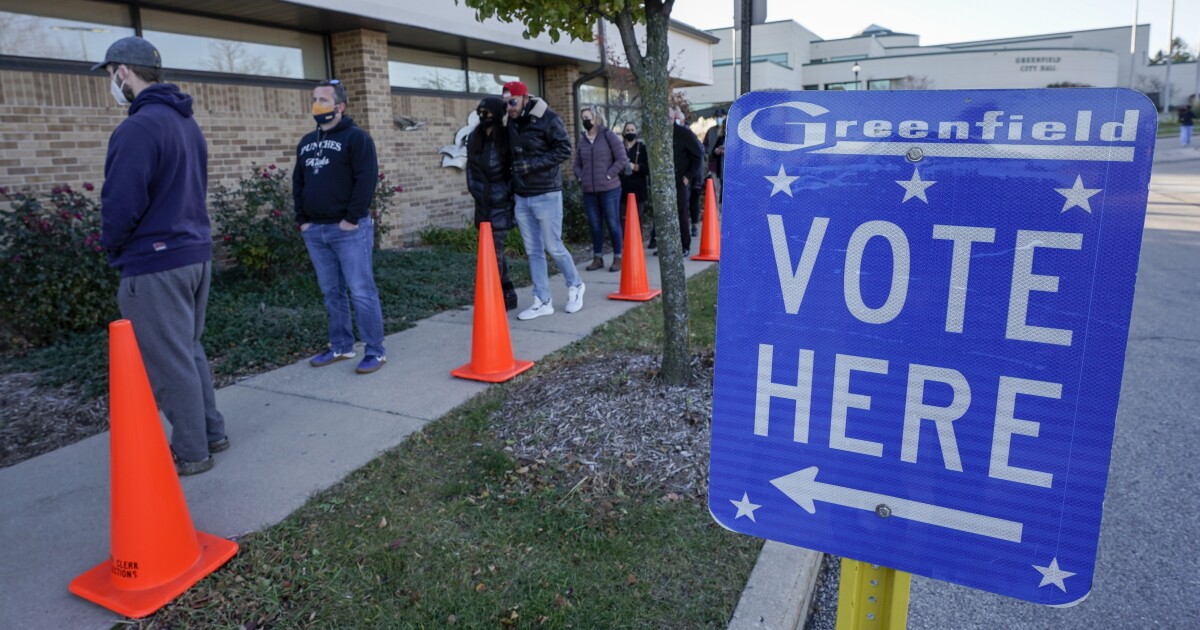 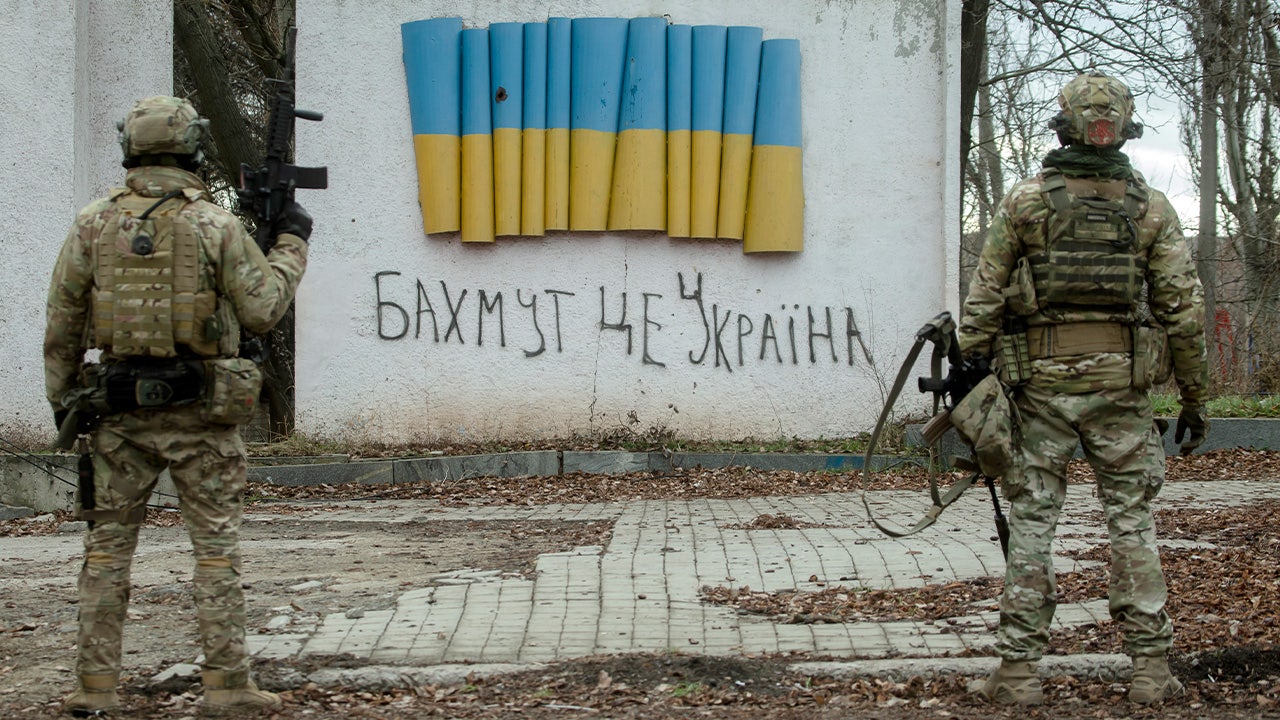 Threats from massive corporations to relocate from Europe to the US: the start of a trade war?