Coming off the bye week, Tom Brady and the Tampa Bay Buccaneers have a crucial matchup with the Cleveland Browns to remain atop the NFC South division.

But Thanksgiving week is also about family, and Brady showed that when his son, Jack, took some reps at Bucs practice Wednesday.

Jack Brady, 15, was put through some drills, wearing a red Bucs T-shirt and a Bucs cap like his father would wear on the sidelines.

Tom Brady of the Tampa Bay Buccaneers speaks to the media after a game against the Seattle Seahawks at Allianz Arena Nov. 13, 2022 in Munich, Germany.
(Sebastian Widmann/Getty Images)

“It’s the best,” Brady said of Jack being at practice, via TMZ Sports. “I had him out here for training camp last year, which was amazing for a dad. It was pretty special. As much as I can be around him, the better it is.”

Brady also posted a picture of Jack running as he watched in the background with the caption, “My Inspiration,” surrounded by heart emojis on his Instagram.

Jack, the son of Brady and Bridget Moynihan, “moves better than I did at his age,” if you asked his father. Brady made the comment recently on his “Let’s Go!” podcast, adding that watching Jack play is “one of the great highlights of life.”

Tom Brady was not happy with his first-half performance in a game against the New Orleans Saints.
(Chris Graythen)

Brady’s family life has been in the media spotlight as his divorce from Gisele Bundchen was finalized. Rumors of a broken marriage swirled while Brady’s Bucs were struggling on the field prior to the couple amicably parting ways.

TOM BRADY WANTS TO BE SUPPORT SYSTEM FOR HIS KIDS: ‘I JUST WANNA BE THE BEST DAD I COULD BE’

Brady was asked what he’s thankful for this time of year, and he said he’s a “very, very lucky guy.”

“I’m thankful for a lot. I have a lot of blessings in my life,” he said.

Brady added on his podcast, “I just want to be that for my kids. You know, I just wanna be the best dad I could be.”

Tom Brady of the Tampa Bay Buccaneers warms up at Allianz Arena in Germany for a Nov. 13, 2022, game against the Seattle Seahawks.
(Sven Hoppe/picture alliance via Getty Images)

The Bucs and Browns will kick off in Cleveland Sunday. 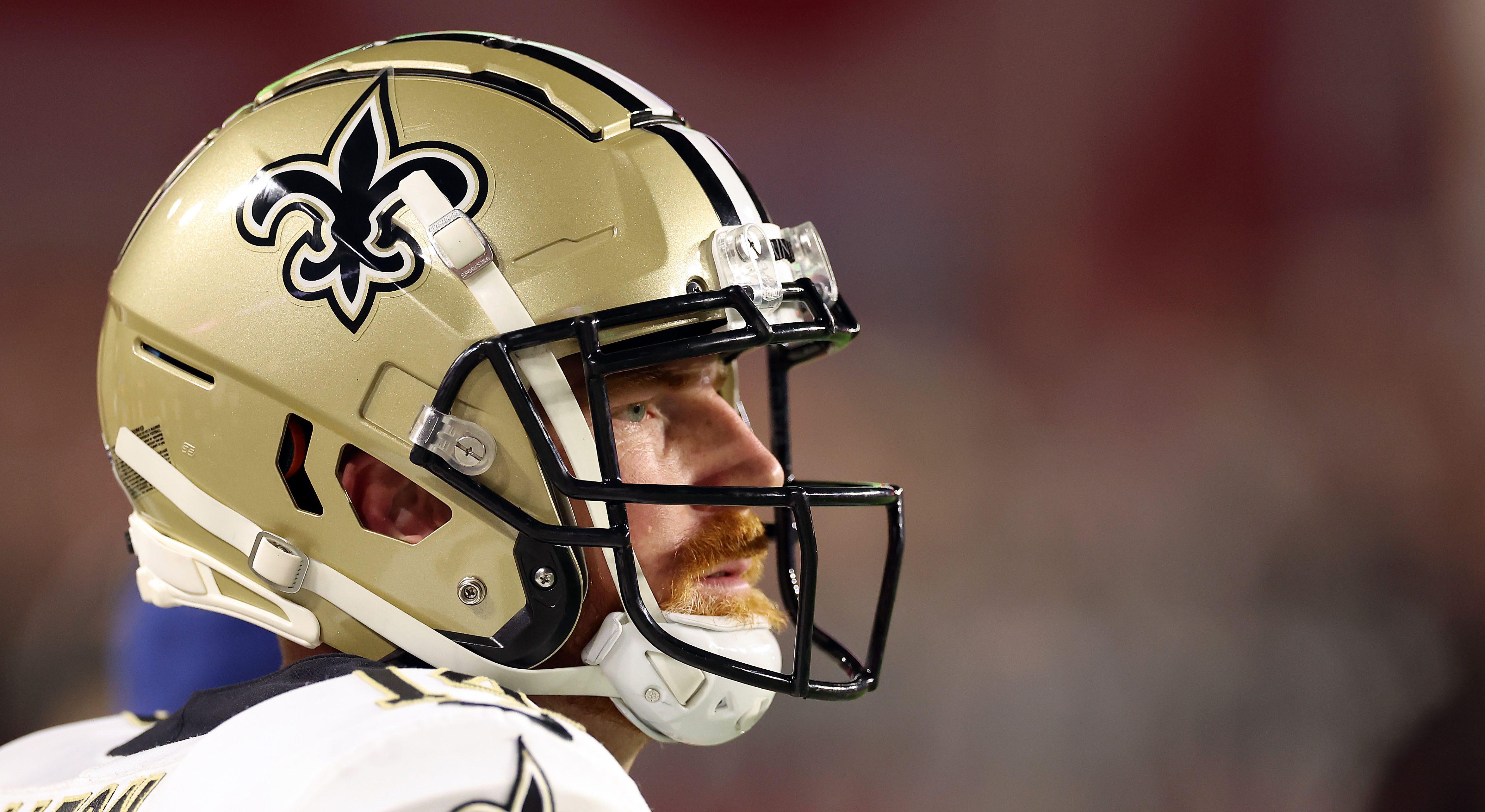 NASCAR’s Christopher Bell leads Coy Gibbs tributes after exec’s sudden death: ‘We are all so heartbroken’