The Turks and Caicos Islands are a beautiful Caribbean hotspot, attracting hundreds of thousands of Americans each year, including celebrities and sports stars.

However, a shocking spike in violent crime in the past two months has rocked the community, which has hosted vacation homes for the likes of Bruce Willis and Oprah Winfrey. The U.S. State Department is warning that the spike comes before crime on the Caribbean archipelago rises seasonally around the holidays.

The country has a population of less than 60,000 – and the per capita murder rate skyrocketed this year as almost two dozen people were killed in September and October. By comparison, according to the State Department, there were 23 homicides in the country in the entire year of 2020, and crime as a whole had trended downward 30% over the prior five years.

Police say they have stepped up enforcement on gang-related drug and violent crimes amid a criminal turf war with help from the United States, the Bahamas and the United Kingdom.

A police car was damaged during a shootout with suspects, who used automatic weapons against officers.
(Royal Turks and Caicos Islands Police Force)

Police Commissioner Trevor Botting announced on Wednesday nearly a dozen arrests and vowed that island police “will be relentless and 100% committed to hunting down the criminals who we believe are responsible for the serious crime that is blighting the lives of our communities.”

The victims of the recent violence include Kent Carter, an NAACP leader and Army veteran from Virginia who was gunned down on Oct. 2, when Botting said a group of gang members “hell-bent on causing indiscriminate harm and misery” opened fire on a shuttle carrying tourists and local workers to a hotel.

The suspects, armed with automatic weapons, got into a shootout with responding police, seriously injuring an officer before escaping. Crime scene photos show more than two dozen bullet holes in the police cruiser’s windshield.

“The levels of violence would challenge a Police Force many times the size of the Royal Turks and Caicos Islands Police Force,” Botting said afterward. “However, the police officers that serve you in the Turks and Caicos Islands are not cowed by this violence or the violent criminals, and we remain strong and determined to do all they can to take the fight to the violent criminals and protect our communities.”

Just weeks later, a man, woman and her 3-year-old son were killed in another shooting. The woman’s 7-year-old daughter survived, Botting said, but not without serious injuries and significant mental trauma after being left alone in a car with her dead family for hours.

Before anyone helped the survivor, Botting said, gawkers took photographs of the bodies and posted them online.

“The Turks and Caicos Islands is a decent, Christian society but if we do not challenge such indecent and unchristian-like behaviors, we run the risk of eroding the very Christian values and decency that we hold dear, that define us,” he said in a statement after that shooting. “I sincerely hope that such behavior towards a child in need, or any person who requires help or human kindness is never repeated.”

“One of the arrests is regarded as particularly significant in relation to the recent surge in shootings,” he said, without elaborating.

The Bahamas officers were part of a team of specialists sent to TCI in October from the U.K.’s Foreign, Commonwealth and Development Office.

While Botting has condemned the violence, praised his officers and accepted outside assistance to tackle the rising violence head on, critics have called for more proactive policing in general for years.

Abe George, an American attorney and Manhattan homicide prosecutor involved in a lawsuit over the death of a client in the Club Med Turkoise on Providenciales, has been highly critical of Botting’s tenure as top cop and called for more proactive policing to curtail the violence.

Marie Kuhnla, a 62-year-old New York lawyer, was found dead under suspicious circumstances outside on a remote portion of the resort’s property. George has criticized the island police force’s investigative work and condemned an inquiry after the resort and pushed to have the death designation changed from homicide.

“It’s clear not only from his botched investigation into the death of Marie Kuhnla but this recent spate of violent crime that he is in way over his head,” he told G3 Box News Digital. “The island is so small. There really is not a reason not to know where the bad guys are.”

George is representing Kuhnla’s family in a separate lawsuit against the resort and a person of interest in Kuhnla’s death. He said the TCI police would benefit from the outside aid and experience being offered by the U.S. and U.K.

Providenciales is TCI’s main island and its most dangerous, according to U.S. authorities.

Should tourists change their travel plans?

Drake dropped by via private jet in February. Mario Lopez visited with his family last Christmas. The “Real Housewives” cast filmed an episode nearby. Rolling Stones guitarist Keith Richards has been spotted lounging with his dog at a 1,000-acre private resort.

Kevin Coffey, a retired LAPD detective and travel security consultant and trainer, says travelers can take several precautions to improve their safety before and while traveling.

The U.S. State Department issues travel advisories for foreign countries — but so do counterparts in the U.K., Canada and Australia, he added. Those are all English-speaking countries which may or may not include different information travelers could find useful.

AMERICAN TOURIST CLAIMS HE WAS KIDNAPPED IN MEXICO, LEFT FOR DEAD AFTER MACHETE ATTACK

They may break down crime by neighborhood — and even traveling to American cities, there will be places to avoid, he said.

The State Department’s latest Turks and Caicos currently urges Americans to exercise increased caution – a Level 2 advisory. The most severe, a Level 4 “Do Not Travel” advisory, is used in extreme cases. China was Level 4 during the height of the coronavirus pandemic. Russia is Level 4 amid its ongoing war with Ukraine. Taliban-controlled Afghanistan is also on the list.

“Exercise increased caution in the Turks and Caicos Islands due to crime,” the State Department said in early October, closer to the start of the crime wave. It also warns that traditionally, crime has risen in the country around the holidays and has added a “C” crime indicator warning there is a “moderate threat” in the country due to violence and the presence of organized crime.

The State Department also warns of residential break-ins and says Americans should avoid carrying large amounts of cash in the country.

Once a traveler decides they are comfortable with a location, there are some other pieces of advice Coffey has.

“Especially for solo travelers and women travelers…you could be some place, even at your office place during the day, but come 5 … 6 o’clock when the sun goes down, the whole safety of the neighborhood changes – or it’s a great hotel, but a block away is skid row,” he told G3 Box News Digital.

So be aware of your surroundings and realize that even when you may feel comfortable, locals may easily identify you as an outsider.

Rolling Stones guitarist Keith Richards lounges with his dog on a dock at Parrot Cay, a 1,000-acre private island resort in the Turks and Caicos. Richards has a residence on the island.
(Luis Sinco/Los Angeles Times via Getty Images)

He says Uber rides and taxi companies recommended by the hotel are often safer than hailing cars on the street. When asking hotel staff where to go, he recommends getting feedback from more than one person – some front-end workers could have just arrived in the area themselves.

He also recommends filling out the emergency contact page on your passport and even taping a small printout with additional contact information.

More importantly though, he said, travelers should have a backup plan in case they lose their phone.

“Mobile phone is more important than your passport when you’re abroad,” he said. “If you were to lose your passport in Turks and Caicos, you can go to the embassy. You lose your phone while traveling internationally, especially if you’re far from phone, it can be devastating.”

Direction signpost on the Long Bay Beach, on the southeast side of Providenciales in the Turks and Caicos Islands.
(iStock)

He advises travelers prepare in advance with a backup plan to restore their apps, passwords and contacts – and to have an itinerary in one place, rather than spread out in different emails and apps. To that end, he recommends the apps TripIt, which automatically scrapes your itinerary from your emails and stores it in a single document.

According to Michael Becker, GeoSure’s CEO, his team recently downgraded the physical safety score for parts of TCI to 54 out of 100 – representing “an average level of safety, representing a somewhat stable area with a slight elevation in unsafe conditions.”

While Turks and Caicos used to be considered among the safest tourist destinations — that is a full 10 points lower than St. John in the U.S. Virgin Islands. 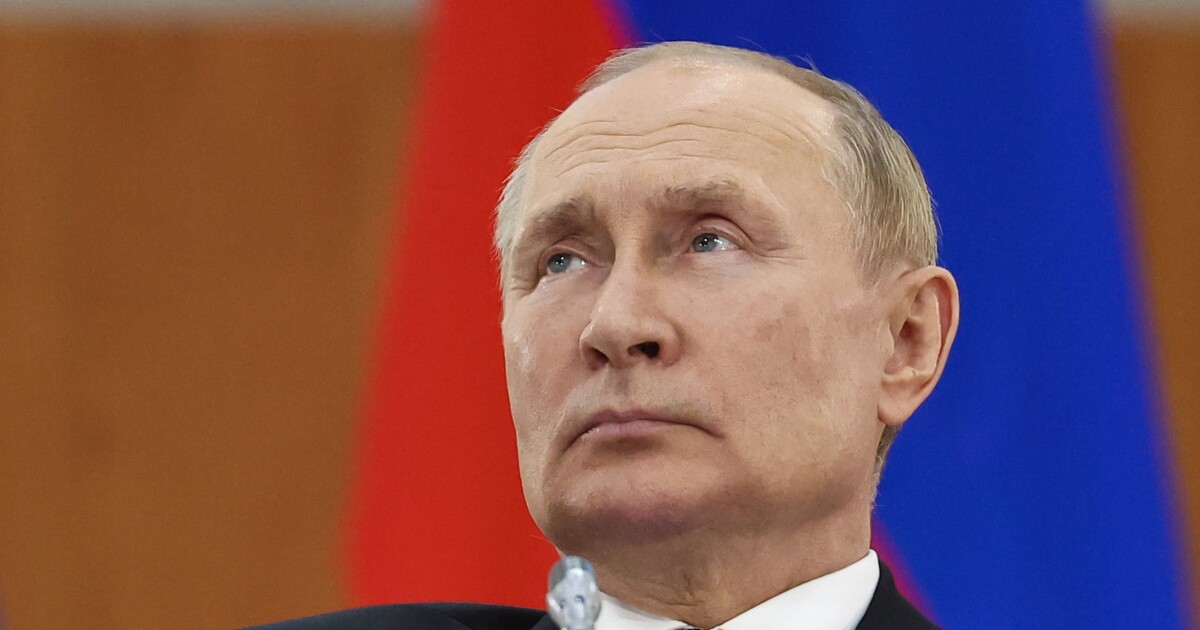 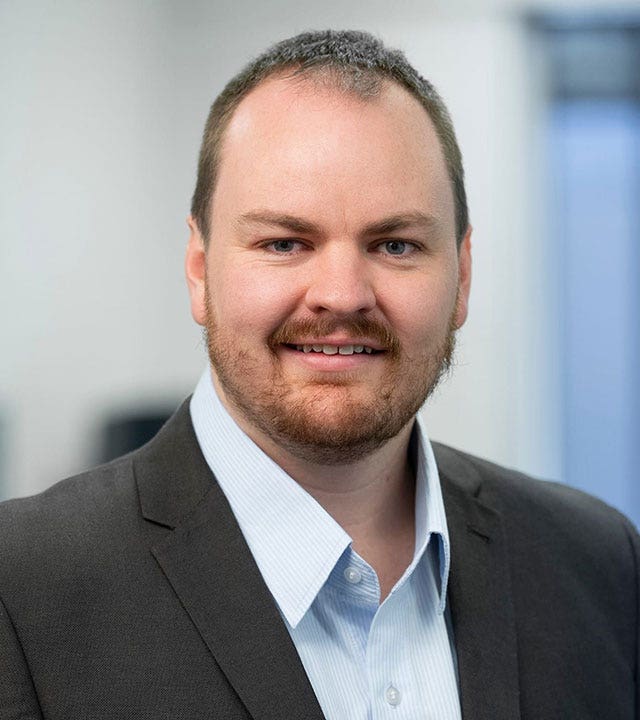