Folksy Republican Herschel Walker is leveraging decades of goodwill in Georgia to unseat Sen. Raphael Warnock (D-GA) in a December runoff but is running into the same obstacles that left him gasping for air in second place on Nov. 8.

Walker, a former professional football player, is beloved in the Peach State for leading the University of Georgia to a national championship in 1980. But he finished behind Warnock in the initial round of voting in the midterm elections as voters stuck with a Democratic incumbent focused on kitchen table issues and shunned the GOP challenger campaigning as a “warrior for God.”

Republican operatives in Georgia fear Walker is headed for a second, and final, defeat Dec. 6. Chief among their concerns is voter turnout. Will Republicans show up after a disappointing November and with Democrats having already secured the Senate majority? They also worry Warnock is set to smoke Walker in money and manpower amid GOP finger-pointing over midterm election losses.

“It’s not looking good for Herschel,” a Republican insider in Georgia said. “Not having Senate control in play has made this race boring for voters. Most of my nonpolitical friends have completely moved on. Won’t vote. Don’t care.”

“People don’t have as much of a reason to hold their nose this time,” a Georgia GOP strategist added. “If he can narrow the spending disparity, he has a shot.”

Walker vowed on the eve of the midterm elections he would defeat Warnock with more than 50% of the vote, avoiding a runoff and helping Republicans win the Senate majority. But those rosy predictions, like projections the GOP would win Senate control, fell short. Even with long coattails from Georgia Gov. Brian Kemp (R), who defeated Democratic challenger Stacey Abrams 53.4% to 45.9%, Walker finished the runner-up, losing to Walker 49.4% to 48.5%.

Doubts about Walker among swing voters and soft Republicans, stemming from the candidate’s checkered past, clearly hampered his Senate campaign — despite his fame in Georgia for his football heroics. Walker’s association with former President Donald Trump, who recruited him to challenge Warnock, also cast a cloud over his Senate bid, as happened in congressional and gubernatorial contests in other states.

Walker is doing his best to turn things around, campaigning across Georgia and raising money prodigiously. The Walker campaign did not respond to a request for comment. But in interviews, mostly with friendly conservative media figures, the 60-year-old first-time candidate is framing the runoff as a choice between Warnock, a political insider who does the bidding of President Joe Biden, and himself, a politician in touch with the majority of Georgia voters.

“I’m getting out, to try to get the people to get behind me, because we need new leadership,” Walker said in a G3 Box News interview with Laura Ingraham. “He’s [with] Washington and representing no one but Joe Biden. He went to Washington; he forgot about the Georgia people. That’s the reason I decided to run.”

Republicans in Washington also are helping, although not necessarily rowing in the same direction, as the National Republican Senatorial Committee, helmed by Sen. Rick Scott (R-FL), and the Senate Leadership Fund, aligned with Senate Minority Leader Mitch McConnell (R-KY), trade blame for the GOP’s midterm election failures. The feud threatens to drag Walker down, although both organizations are investing significant resources in the race, as is the pro-Walker super PAC “34N22.”

The Senate Leadership Fund confirmed it has allocated $16.2 million for the runoff, $14.2 million of which the group is plowing into advertising on television, radio, and digital platforms. The rest is being spent on voter turnout activities. The NRSC declined to disclose its runoff investment. But the committee has deployed key staff to Georgia and is coordinating with the Walker campaign on communications, fundraising, opposition research, and voter turnout.

“Herschel’s drawing big crowds across the state of Georgia. There’s clearly a lot of energy out there to get Herschel across the finish line,” said Chris Hartline, the NRSC communications director, who is in Georgia assisting the Walker campaign.

Walker is charismatic and engaging on the stump. Having never run for office before, he can run against Washington, often a winning strategy. Biden’s unpopularity and voter anxiety fueled by inflation, crime, and border security are assets in his bid to oust Warnock, who advanced to the Senate by defeating appointed Sen. Kelly Loeffler (R-GA) in a Jan. 5, 2021, runoff. But Walker had the same advantages on Nov. 8 and still came up short.

As polls showed for much of the campaign, independents, plus some Republicans who were happy to support Kemp, had doubts about Walker.

His past mental health challenges, allegations about his treatment of women, plus his struggle to exude competence on basic issues caused problems for his campaign. Accusations that he paid for ex-girlfriends to obtain abortions years ago added to voters’ uncertainty about Walker. He denied the charges, but as a devoutly anti-abortion candidate, the allegations undercut his authenticity and credibility. Walker’s campaign messaging also has missed the mark.

At every campaign stop, he discusses inflation, crime, border security — he mentions that Warnock has voted for the Biden agenda on the floor of the Senate 96% of the time. But where Warnock, a Christian pastor by trade, focused mainly on how his votes on Capitol Hill addressed issues voters care about most, Walker has campaigned as a culture warrior, delivering speeches dominated by religious allegories and testaments to his Christian faith.

Democrats are arguing, more than any other criticism offered of Walker, that he “simply isn’t up for the job he’s asking Georgians to give him.” That’s what Veronica Yoo, spokeswoman for Senate Majority PAC, the super PAC aligned with Senate Majority Leader Chuck Schumer (D-NY), said in a press release announcing the group’s $13.5 million investment in the runoff.

But Republicans remain hopeful. Fourteen years ago, after Republicans took a beating in the election that put Barack Obama in the White House, then-Sen. Saxby Chambliss (R-GA) was forced into a runoff. Despite the GOP having lost eight Senate seats just weeks earlier and voters choosing Obama, at the time a popular figure, as the next president, Chambliss won a December runoff.

“This race is about turnout,” a Republican strategist in Georgia said. “Persuasion is over. Walker has a slight edge for two reasons: Republicans are still angry at the national results. Second, the vaunted Abrams turnout machine has crumbled from infighting and finger-pointing over her loss. Kemp’s machine reloaded under” the Senate Leadership Fund. 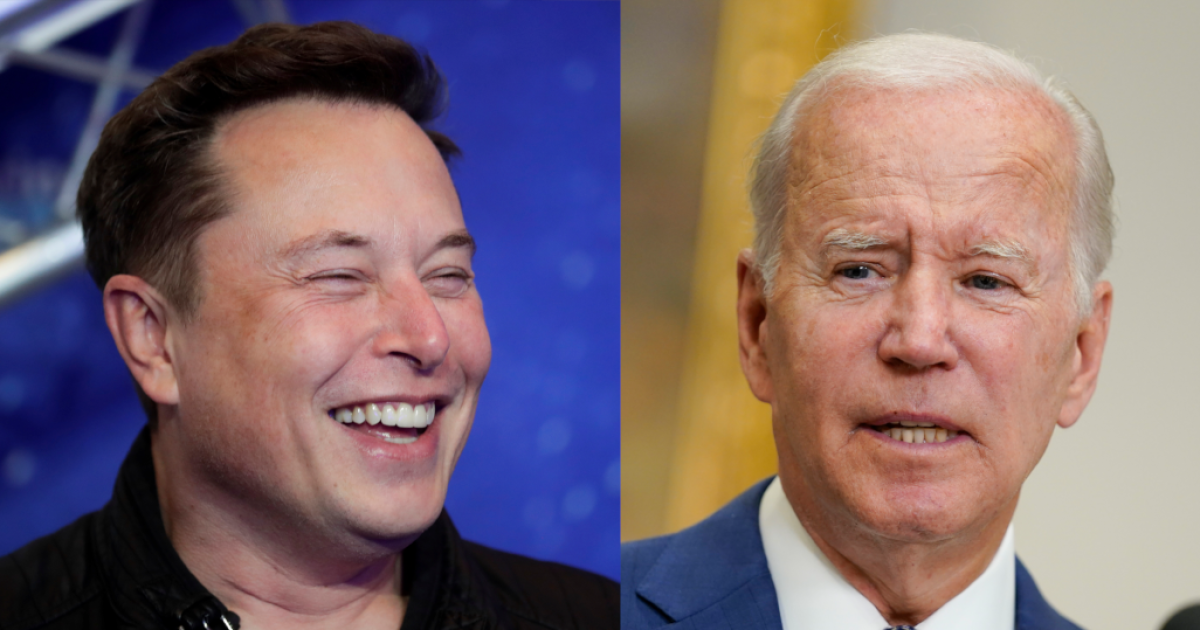 Not his favorite: Biden bashes Elon Musk and Twitter for spreading ‘lies all across the world’