For the fourth time this season, James scored at least 40 points, putting up 46 points as the LA Lakers lost to the LA Clippers Tuesday night, 133-115.

LeBron James of the Lakers drives to the basket against the Clippers on Jan. 24, 2023, at Crypto.Com Arena in Los Angeles.
(Adam Pantozzi/NBAE via Getty Images)

James made history in the losing effort, becoming the first player to score 40 points against all 30 NBA teams.

James connected on nine of his 14 three-point attempts – the most threes James has made in a single game – while adding eight rebounds and seven assists.

In his 20th NBA season, James has not skipped a beat, averaging 30.2 points per game as the Lakers have struggled just to hover around .500.

“I was able to make a few shots tonight and try to help us stay in the game,” James said. “But the Clippers, they are really good. Exceptionally good when they’re shooting the 3-ball, and tonight they did that.”

LeBron James of the Lakers during the Philadelphia 76ers game at Crypto.com Arena on Jan. 15, 2023, in Los Angeles.
(Sean M. Haffey/Getty Images)

The Clippers – beating the Lakers for the 10th consecutive game – shot 50% from beyond the three-point line and took a 23-point lead into halftime.

Paul George and Kawhi Leonard combined for 52 points while Norman Powell contributed 22 points off the bench for the Clippers.

“We were forcing them into really tough shots, and they were just making them,” Lakers coach Darvin Ham said. “Against a great team like that, you’ve got to play damn near perfect to overcome that deficit.”

LeBron James of the Los Angeles Lakers looks to pass against the Trail Blazers at Moda Center on Jan. 22, 2023, in Portland, Oregon.
(Steph Chambers/Getty Images)

James’ fourth 40-point game of the 2022-23 season moved him to within 177 points of Kareem Abdul-Jabbar’s all-time NBA scoring record.

“I’ve got to this place by not even thinking about it,” James said. “Just being in the moment, trying to play the game the right way. Even tonight, as well as I shot the ball, I was still trying to distribute to my guys, to make sure they felt some type of rhythm. That’s just always how I’ve played the game.”

The loss dropped the Lakers to 22-26 on the season, 1.5 games back of the Golden State Warriors for the 10th spot in the Western Conference. 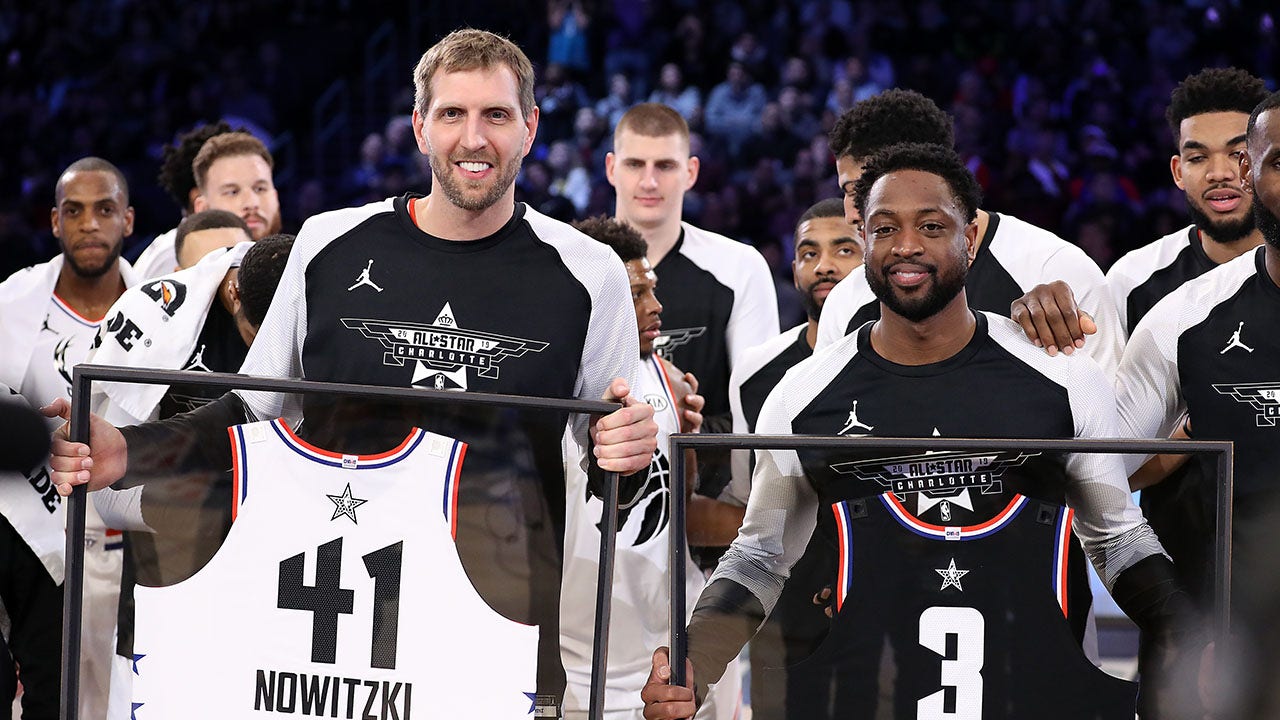