The NFC is wide open in terms of playoff berths and the Detroit Lions have now entered the mix for a wild card after dominating the New York Giants, 31-18, for their third straight win.

It was a cold and windy day in East Rutherford, N.J., so the Lions beat the Giants at their own game: running the football. Jamaal Williams was the man barreling down New York, especially at the goal line with three touchdowns, a career-high, in his 17 carries for 64 yards.

Justin Jackson was the leader in rushing, though, with 66 yards on nine carries while D’Andre Swift capped the win with a touchdown run.

D’Andre Swift of the Detroit Lions reacts after scoring a touchdown against the New York Giants during the fourth quarter at MetLife Stadium on Nov. 20, 2022, in East Rutherford, New Jersey.
(Jamie Squire/Getty Images)

As for the Giants, Saquon Barkley was the exact opposite of productive. He rushed for more than 100 yards on 30-plus carries last week against the Houston Texans, but Lions defensive coordinator Aaron Glenn knew exactly how to stop him in his tracks Sunday.

Barkley had nowhere to go, ending the game with just 22 yards on 15 carries. The Giants tried to switch things up, getting quarterback Daniel Jones involved in the run as he had seven carries for 50 yards and the game’s first touchdown in the first quarter.

But ultimately, the Lions wanted Jones to beat them by throwing the ball, and that’s what the Giants were forced to do. Jones couldn’t get the job done.

He had the second-longest streak in the NFL of pass attempts without an interception thrown heading into this game, but he threw two picks to break it, and one of them was a total game changer.

The Giants owned a 6-3 lead after the first quarter (Graham Gano missed the first of his two botched extra-point attempts on the day following Jones’ rushing score), but the tables were turned when Aidan Hutchinson, the Lions’ second overall pick who has been a stud all season despite their team record, snuck back into coverage and picked off Jones to set up a red-zone opportunity for Detroit.

Jerry Jacobs of the Detroit Lions tackles Daniel Jones of the New York Giants during the first half at MetLife Stadium on Nov. 20, 2022, in East Rutherford, New Jersey.
(Jamie Squire/Getty Images)

Jared Goff and the Lions cashed in as Williams tallied his first touchdown of the game to make it 10-6. Williams would go on to score again on the very next Lions drive after the Giants were forced to punt and boos were heard from the crowd as Big Blue hit the locker room down 17-6.

But even more deflating for the Giants was an easy nine-play drive for the Lions to start the second half that saw Williams counting his touchdowns in the end zone with Goff, throwing up three fingers and creating a deficit that would be hard for the Giants to come back from.

Six of the Giants’ seven wins came via fourth-quarter comebacks, and Jones was making things interesting when he drove down the field and saw Matt Breida rush home the team’s second touchdown of the game to make it 24-12 after Gano missed his second point after attempt.

Detroit punted on the next drive, but the killer in a potential comeback is always the poorly time turnover and that came from wide receiver Isaiah Hodgins, who fumbled and Hutchinson recovered it.

Gary Brightwell (23) of the New York Giants carries the ball against the Detroit Lions during the second quarter at MetLife Stadium on Nov. 20, 2022, in East Rutherford, New Jersey.
(Jamie Squire/Getty Images)

The Lions would once again capitalize on it as Swift got his touchdown. And despite the Giants scoring on a Richie James nine-yard strike from Jones on the next drive, there wasn’t enough time left to avoid the upset.

To make matters worse for Big Blue, starting cornerback Adoree’ Jackson was ruled out in the first half after suffering a knee injury on a punt return – a hot topic this week as the Giants are thin at cornerback. And Wan’Dale Robinson, who had a breakout game with 100 receiving yards on nine catches, clutched at his knee after his final catch in the second half and was ruled out, too.

Jones would finish with a season-high 341 yards through the air on 27 for 44 with one touchdown and two interceptions. Kenny Golladay had as many catches in this game as he’s had all season, getting two for 29 yards.

Goff would not need to throw too much thanks to the solid run game, going 17 of 26 for 165 yards, with Amon-Ra St. Brown, as always, his favorite person to throw to with seven catches and 76 yards.

Jamaal Williams of the Detroit Lions celebrates after scoring a touchdown against the New York Giants during the third quarter at MetLife Stadium on Nov. 20, 2022, in East Rutherford, New Jersey.
(Jamie Squire/Getty Images)

Both of these teams have Thanksgiving games ahead of them against formidable opponents. The Lions will get the early game against the Buffalo Bills on Thursday and the Giants will head to Dallas for a critical NFC East matchup with the Cowboys.

In the criticized presidential elections of Kazakhstan, President Tokayev consolidates his power 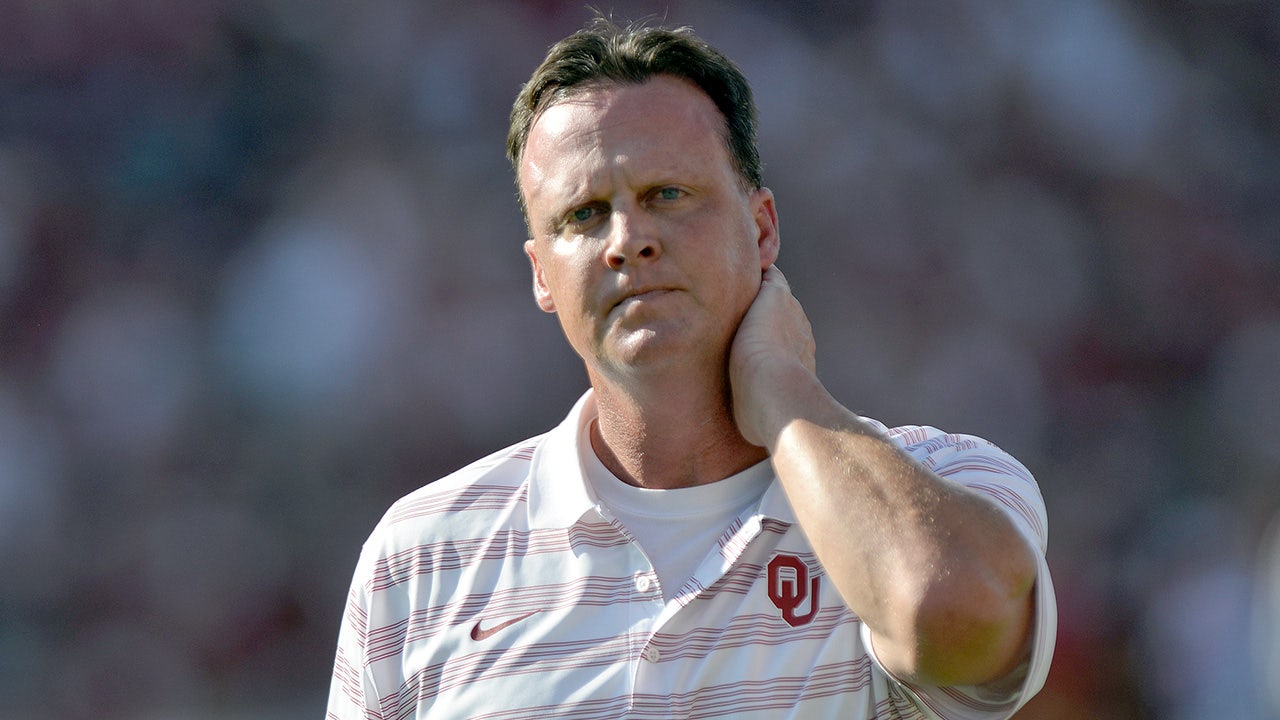 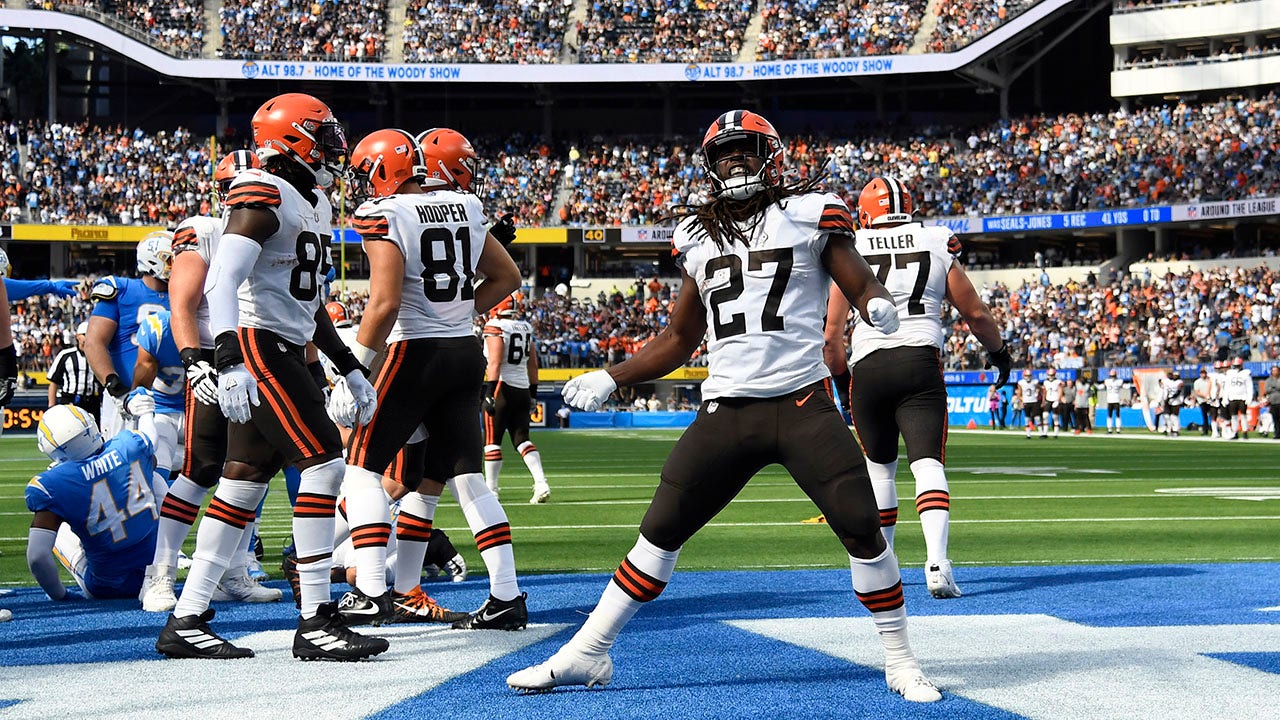 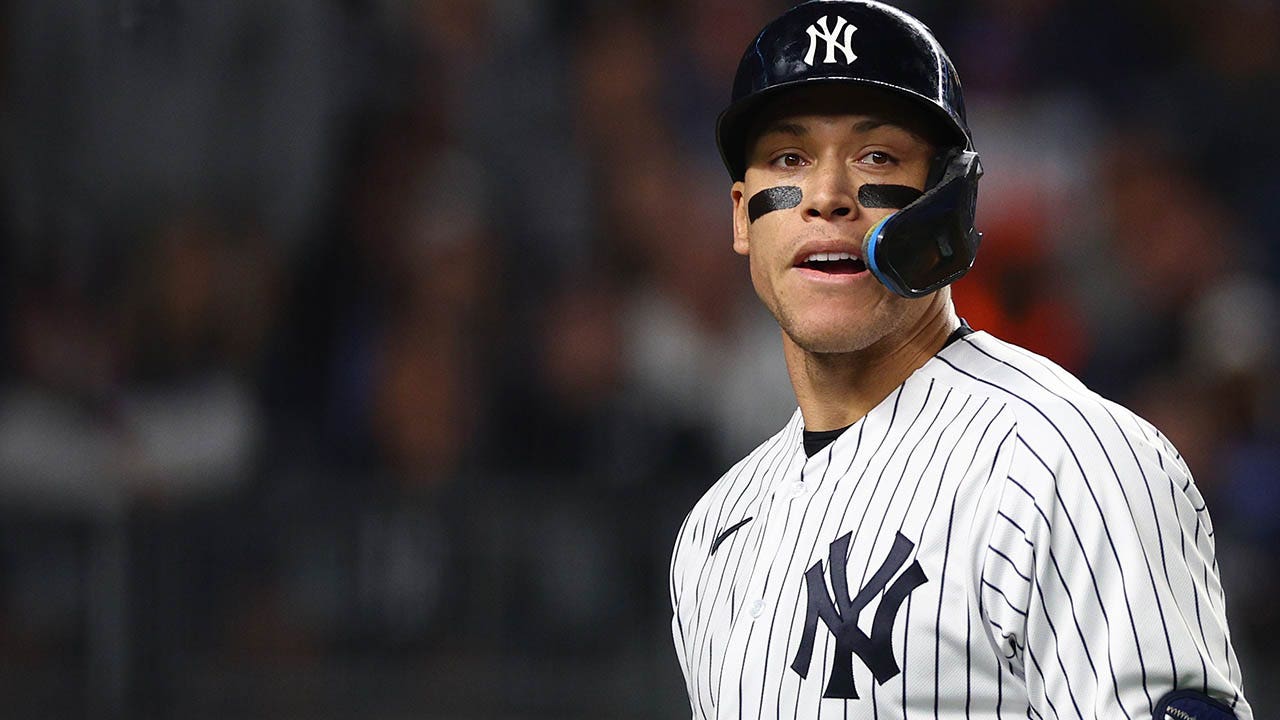