Tiffany Trump married Michael Boulos seemingly without a hitch at Mar-a-Lago this weekend.

Hurricane Nicole hit Florida on Thursday, causing all the staff at the Palm Beach resort to be sent home Wednesday, and it did not reopen until Friday night. A rehearsal dinner was slated in Trump’s and fiancee Boulos’s honor that night.

Ivanka Trump posted photos of her family to her Instagram, including a photo of herself and the bride, her half-sister, to her story at the wedding on Saturday.

TIFFANY TRUMP’S WEDDING IN JEOPARDY DUE TO HURRICANE NICOLE

Former President Donald Trump also confirmed in a post to his Truth Social that the wedding was still set for Mar-a-Lago.

“She and Michael are a beautiful couple who will be very happy together,” Trump said of Tiffany. “A big thank you and congratulations to Tiffany’s mother, Marla, on the bringing up of a really great daughter!”

Others noticed the height of Barron Trump, the youngest child of Donald Trump. In wedding photos, he now stands taller than the former president, who is 6’3″. Reporter Ian Livingston noted he’s barely taller than Eric Trump, who is 6’5″.

The newlywed couple became engaged in January 2021, which they were able to celebrate at the White House. They met while on vacation in Greece during the summer of 2018.

Boulos, whose family owns one of Nigeria’s largest trading conglomerates, is of French and Lebanese descent and was born in Houston, Texas.

Philadelphia preparing for potential bus of migrants from Texas 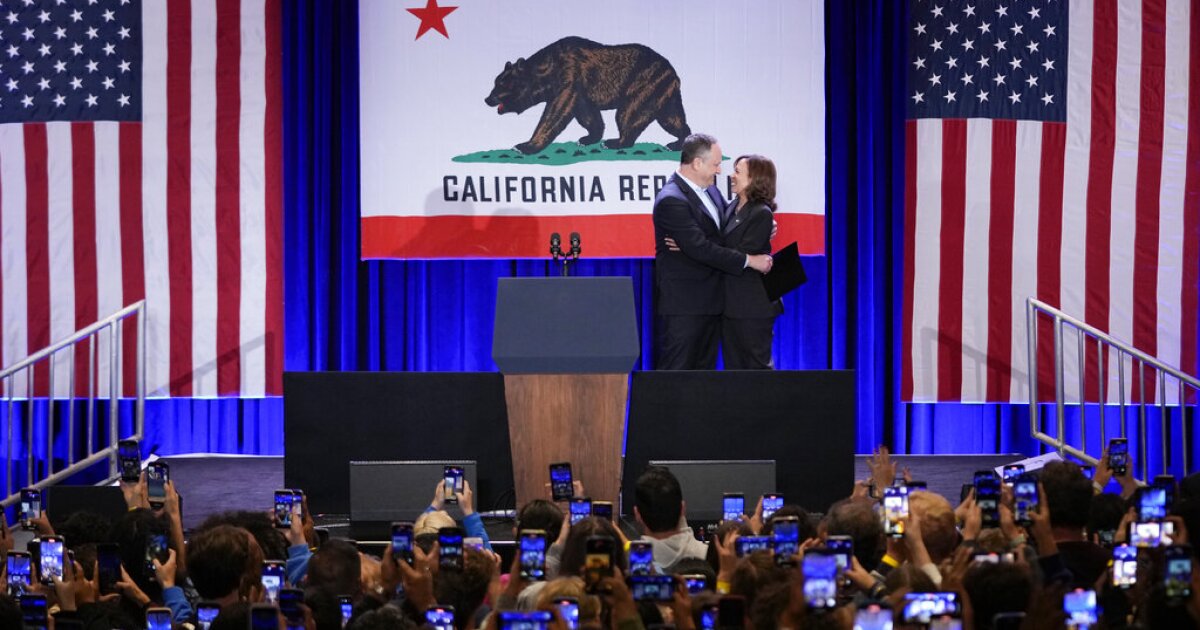