The big picture: Earlier this year we were reviewing Analyst Day slides from leading semiconductor companies and a clear theme emerged. Large companies are all shifting in a similar direction, posing some potential challenges for their long-term positions. More and more customers are looking for special purpose chips, a coping mechanism for dealing with the slowdown in Moore’s Law. And the big players are all looking to support those customers.

Designing a chip is a complex process. First comes laying out the chip, making sure the design works, then preparing all the files required for the foundry, and when they come back from the fabs there is a lot of work involved in getting the chip debugged and working. It has gotten increasingly easy to do that first bit – designing a chip, but the rest of it is still a fairly laborious process, and the big chip companies think they can help others get through all of that.

Every chip design company has a large labor force that handles “operations” – managing the whole process of chip production from initial set up with the foundry all the way through to planning production. Companies like Google and Facebook want to design their own chips but they do not necessarily want to do all of this “back end” work themselves.

Editor’s Note:
Guest author Jonathan Goldberg is the founder of D2D Advisory, a multi-functional consulting firm. Jonathan has developed growth strategies and alliances for companies in the mobile, networking, gaming, and software industries.

If you are only producing two or three chips, it usually does not make economic sense to have those teams internally. By contrast, the chip companies have to have these teams, adding a third party’s design to the workflow does not add too much burden.

And there is more to it. Part of designing a chip is the ‘fun’ bit of mapping software requirements to logic gates, but there are many far less ‘sexy’ parts of every chip design – the I/O blocks, memory, SERDES and interconnects, and more. The big chip companies already have access to this intellectual property (IP), and many times it easier for the hyperscalers to obtain this IP from the chips companies rather than directly muck about with their own licensees.

For a period, there was considerable concern among the big chip companies that their biggest customers would do and end run around them by designing their own silicon. Rather than fight this trend, the incumbents have decided to embrace it by helping those customers.

At least that is the strategic logic. The commercial logic is a bit more muddled.

Put simply, providing operations services to customers is not a great business, or at least it deviates pretty far from how the chip companies would prefer to operate. This service revenue is not recurring, every outside design can get put up for bid. The work involved is fairly labor intensive, and so gross margins are not that exciting, typically below corporate gross margins. On the other hand, much of the cost associated with this work can be amortized over a labor force that the chip companies have to maintain anyways, so contribution margins may make it worth the effort.

That being said, we think the incumbents have reached a sensible conclusion that offering these operations services can yield strategic benefits down the line. Bring a customer in for the engineering support, and then leverage that relationship to work their other chips into the mix.

We wrote about Qualcomm seemingly doing just that. And they are not alone. AMD dedicated several slides on this topic in their CEO’s keynote earlier this year as well.

But the strongest outreach effort comes from Broadcom, who is the Godfather of this whole segment. They held an investor event entirely focused on custom silicon.

This is already larger than a $2 billion for Broadcom, who largely got into the business by helping Apple build its A-series chips for iPhones a decade or so ago.

When it is all said and done, the chip companies are never going to really love this business. It devalues their design teams which is their ultimate source of their differentiation. Nor is it clear how viable this business really is over the long term.

Many companies have tried to do this in the past, but none of them lasted. Probably the best known are LSI and eASIC who both ended up in decidedly unexciting sales to larger companies with broader product portfolios. The case of eASIC in particular is illuminating as this company really struggled for relevance, let alone profitability.

That being said, fighting the trend looks futile at this stage. So instead, the big companies are all making the smart choice to diversify their offerings, and possibly/maybe/hopefully use this as a means to drive customers into their sales funnel for catalog chips. This is a strategy borne of the necessity of a rapidly changing market, and is thus a viable hedge. If current trends continue and more non-chip companies build more of their own chips, the semis incumbents will be well positioned to support them. 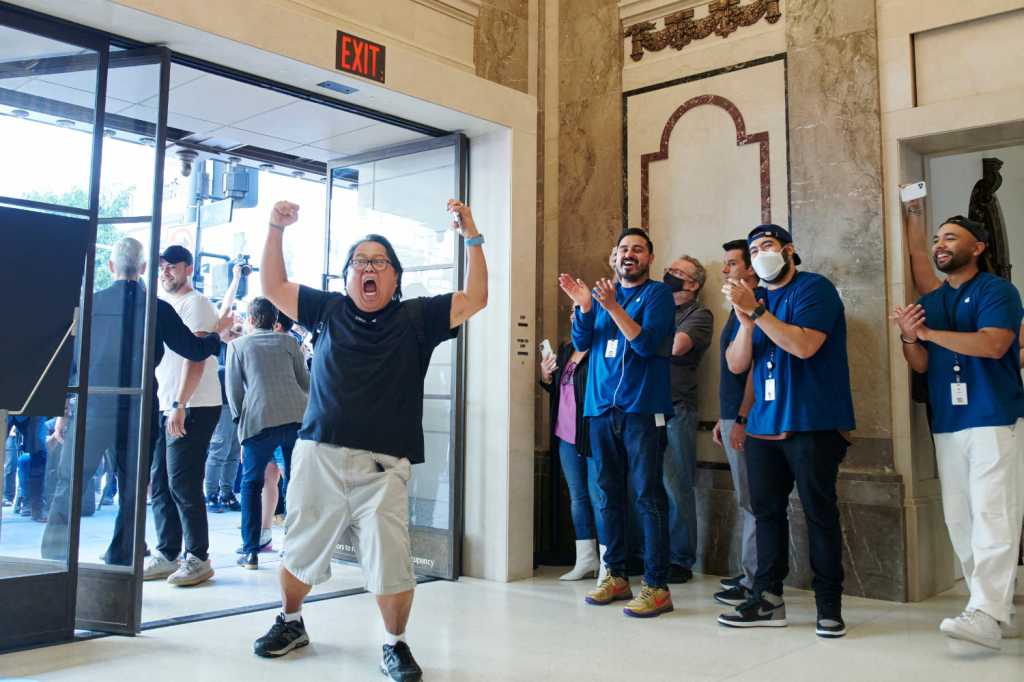 The key to Apple’s results is just not demand from customers, it truly is offer