It is a question we may never have an answer to: Who was more excited that Ben Simmons was back in Philadelphia? The player? Or the 76ers fans?

The end of his time in Philly was not the best, as Simmons infamously passed up an easy dunk during the Eastern Conference semifinals against the Atlanta Hawks in 2021 that proved to be the straw that broke the camel’s back. It was the last time he would ever wear their uniform before being traded to the Brooklyn Nets, who traveled down I-95 to face the 76ers on Tuesday night.

Simmons’ time in Brooklyn has not been the best either. He has been easing back into the swing of NBA life after not seeing the floor following the trade due to a back injury. As he knows all too well though, Philadelphia fans are a different breed. They either love you or, well, you know the other side of it.

Ben Simmons, #10 of the Brooklyn Nets, reacts during the game against the Philadelphia 76ers in the second quarter at the Wells Fargo Center on Nov. 22, 2022 in Philadelphia.
(Mitchell Leff/Getty Images)

While the Nets did play in Philadelphia last season with Simmons on the team following the James Harden blockbuster swap, he was not able to play because of his injury. So this was the first game where Simmons could suit up against the squad that drafted him first overall in 2016.

Simmons was seen going into the crowd and taking selfies, signing autographs and talking with a mix of Sixers and Nets fans prior to the game. However, that was just a minority. The majority, a loud one, let him hear it during team introductions.

When Simmons’ name was called by the public address announcer, a shower of boos went sent his way as he dapped up his teammates.

That might have been the fuel Simmons needed. Going back to the previous game against the Memphis Grizzlies, Simmons posted his best game in a Brooklyn jersey, scoring a season-high 22 points on 11-of-13 from the field with eight rebounds, five assists and one steal. It marked the third game in a row he finished with double-digit points.

Ben Simmons, #10 of the Brooklyn Nets, and Tobias Harris, #12 of the Philadelphia 76ers, after the game on Nov. 22, 2022 at the Wells Fargo Center in Philadelphia.
(Jesse D. Garrabrant/NBAE via Getty Images)

Simmons did so again on the Philly hardwood, totaling 11 points with 11 assists for a double-double and seven rebounds. His first two free throw attempts sent more boos his way, but he hit both of them, sending a shrug after the second to the crowd afterwards as well.

However, it was the 76ers getting the last word in at the end of the night, as the close battle between both teams resulted in a 115-106 Philadelphia victory over Brooklyn.

With Joel Embiid out, Tobias Harris was the team’s leading scorer with 24 points on 10-for-21 from the floor with six rebounds and three assists, while De’Anthony Melton had 22 points, including six three-pointers made.

For the Nets, Kyrie Irving, who was reinstated after his eight-game team suspension this past Sunday, finished with a team-high 23 points, though he went 2-of-8 from three-point land. He hit 10-of-18 shots with two rebounds, two assists and two blocks. Kevin Durant also finished with 20 points, five boards and five assists.

Ben Simmons, #10 of the Brooklyn Nets, stands for the National Anthem before the game against the Philadelphia 76ers on Nov. 22, 2022 at the Wells Fargo Center in Philadelphia.
(Jesse D. Garrabrant/NBAE via Getty Images)

The Philly crowd will get another taste of Simmons and the nets on Jan. 25 when Brooklyn returns to the City of Brotherly Love.

For Simmons, there is not much love to go around for their once pride and joy in a Sixers uniform. 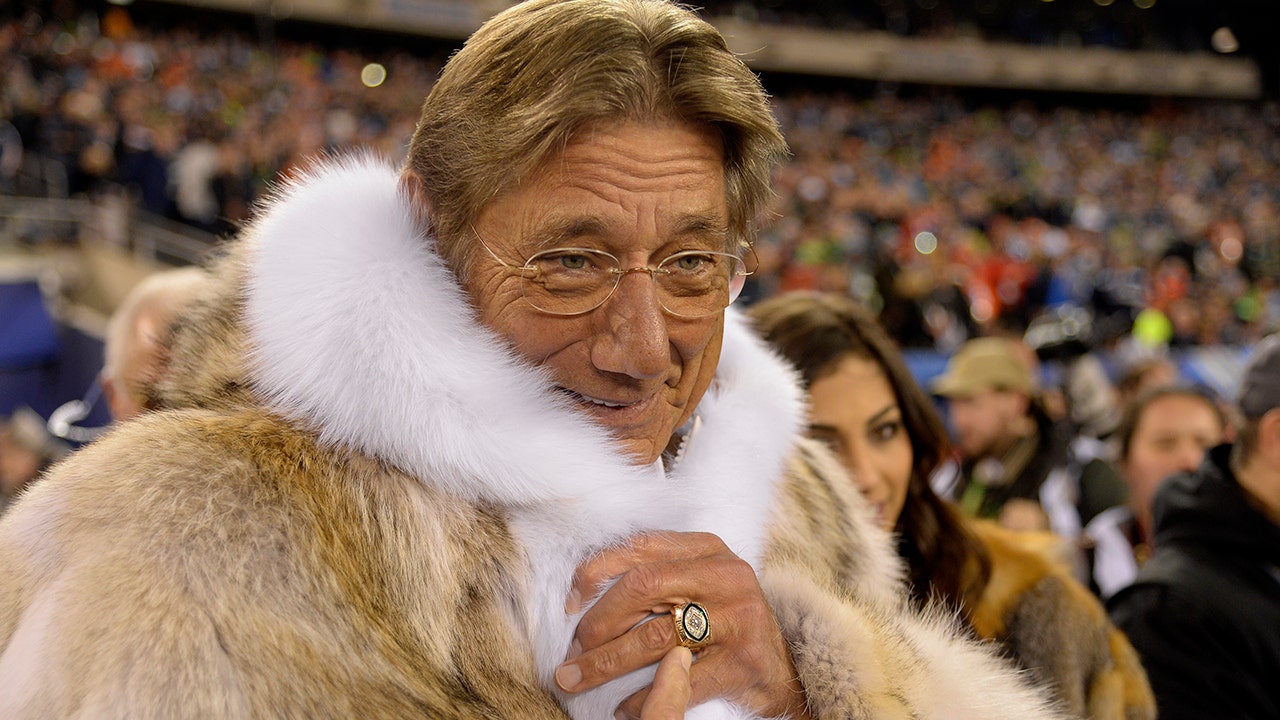 Boxing powerhouse Earnie Shavers useless at 78: ‘Nobody else hit like you’