A deadly lake-effect snowstorm dumped more than five feet in parts of western and northern New York on Friday.

In Erie County, officials said the storm was blamed for the deaths of two men who passed away after suffering cardiac heart attack events while shoveling and using a snowblower.

The county did not know of any others who had died as of Friday night and Erie County Executive Mark C. Poloncarz offered his condolences to the family and friends of the deceased, advising residents to “shovel smart” in the heavy, wet snow.

However, more snow was expected to fall on Saturday after hitting southern towns in the county “with a vengeance.”

IN BUFFALO, NY, NEARLY 2 FEET OF SNOW REPORTED, MORE ON ITS WAY

Officials said that around a dozen people had been stranded, with many situations involving rescues.

Zaria Black, 24, from Buffalo, clears off her car as snow falls Friday, Nov. 18, 2022, in Buffalo, N.Y.  A dangerous lake-effect snowstorm paralyzed parts of western and northern New York, with nearly 2 feet of snow already on the ground in some places and possibly much more on the way.
((G3 Box News Photo/Joshua Bessex))

Authorities had problems with trucks that jackknife and the Department of Public Works said stuck vehicles and tractor trailers were reported “all throughout the county.”

“This is the problem we have been dealing with across the Southtowns. This is Abbott Road and Lake Avenue in Hamburg/OP. Tractor Trailers that are rarely on this road tried to get around the Thruway closure and got stuck. This is why we can’t get to secondary roads/neighborhoods,” Poloncarz tweeted Saturday morning, noting that Erie County Department of Homeland Security and Emergency Services Commissioner Daniel Neaverth Jr.said he was “cautiously optimistic” the area is through with the worst of the storm” and that assets were “in place or on their way to assist” with response.

A lone person wades through the snow with a shovel in the Larkin district as heavy clouds loom in the sky in Buffalo, N.Y., Friday, Nov. 18, 2022.
(Libby March/The Buffalo News via G3 Box News)

In an early morning briefing, Nevearth said morning bands of lake effect would shift to the Niagara County area before moving back south overnight.

Up to three inches of snow fell per hour late on Friday and flights out of Buffalo were delayed or canceled then.

“The Buffalo Airport runways are temporarily closed due to snow,” the airport tweeted early Saturday.

Hakim Grant removes a chain from his truck as Kevin Jones, left, Brandon Burt, center, and Karim Abdullah assess the snow situation around Ploe Kaw’s car at Bailey and William Street in Buffalo, N.Y., Friday, Nov. 18, 2022. Grant and his friends pulled over when they saw Kaw, who lives on the West Side, stuck in the snow.
(Libby March/The Buffalo News via G3 Box News)

A local state of emergency in Erie County remains in place and Neaverth said dozens of vehicles had been abandoned.

“Effective immediately, the entire city of Buffalo is included in the Erie County travel ban,” the county tweeted Saturday.

AAA spokeswoman Elizabeth Carey said Friday afternoon that crews were having trouble reaching those who had defied travel bans and advisories.

Gov. Kathy Hochul declared a state of emergency Thursday for parts of western New York, with all vehicles banned from a stretch of Interstate 90.

A front end loader moves snow from a residential street, Friday, Nov. 18, 2022, in Buffalo, N.Y. A dangerous lake-effect snowstorm paralyzed parts of western and northern New York, with nearly 2 feet of snow already on the ground in some places and possibly much more on the way.
(G3 Box News Photo/Carolyn Thompson)

The National Guard was working to help clear roads and the number of power outages had fallen Saturday.

Schools were shuttered and Amtrak stations in Buffalo, Niagara Falls and Depew closed Thursday and Friday.

Fort Drum saw 42 inches, according to the National Weather Service.

Rachel Grigsby tries to steady her daughter Mia Grigsby, 9, as she climbs over a snowbank, heading home from a trip to the corner store in Buffalo, N.Y., Friday, Nov. 18, 2022.
(Libby March/The Buffalo News via G3 Box News)

One resident of Hamburg’s home collapsed under the weight of more than three feet of snow.

Snow in Buffalo was accented by occasional claps of thunder, as seen in videos posted to social media.

The storm’s severity varied widely due to the peculiarities of lake-effect storms, which are caused by frigid winds picking up moisture from warmer lakes and dumping snow in narrow bands.

This all comes as New York City got its first feeze warning of the season. 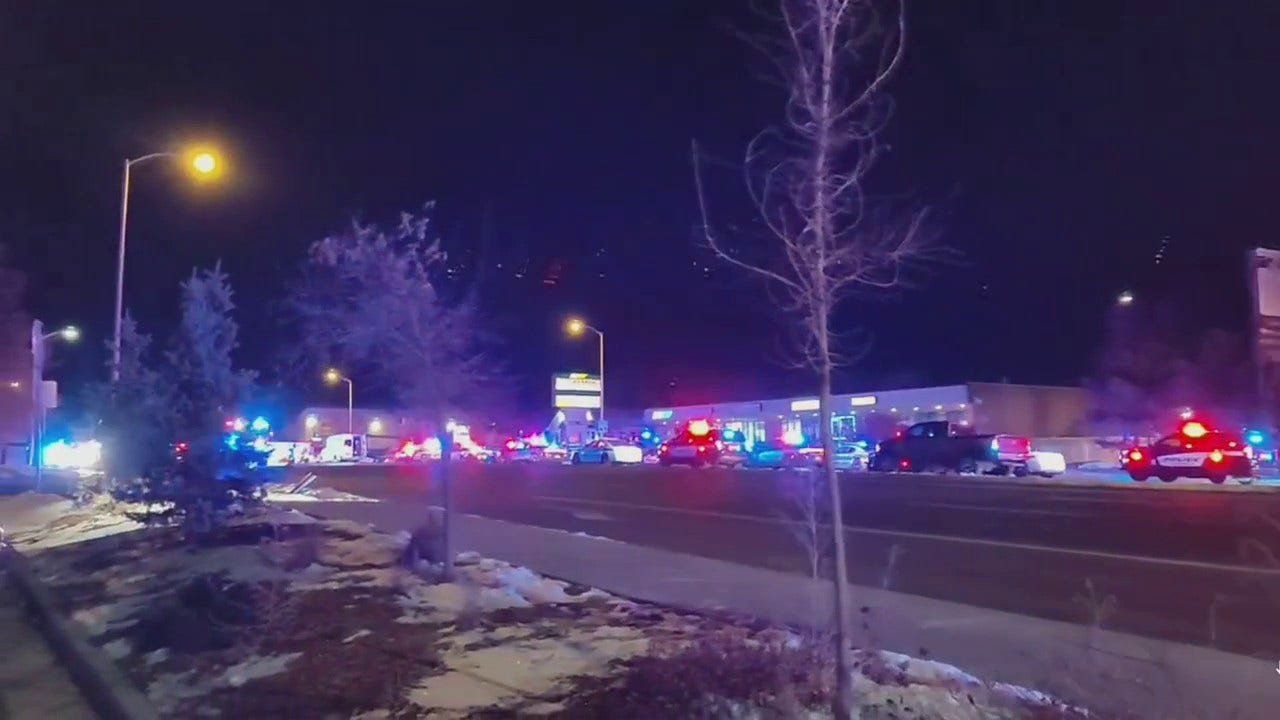 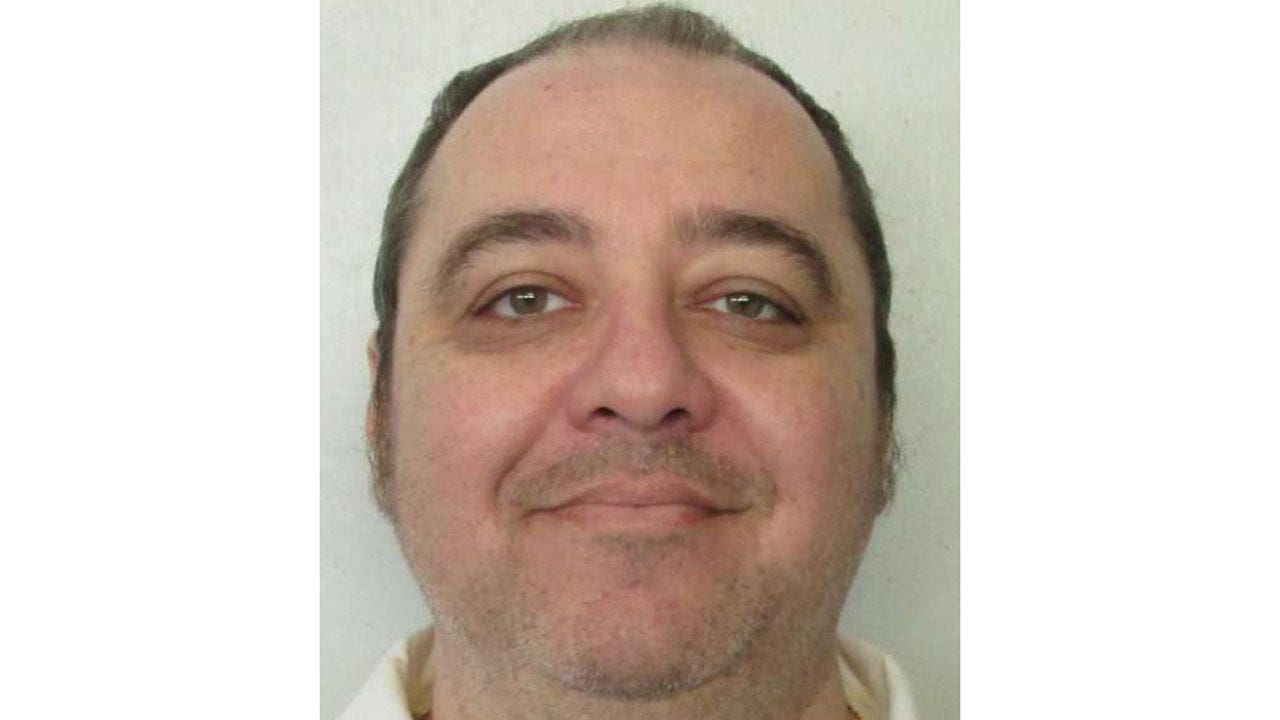